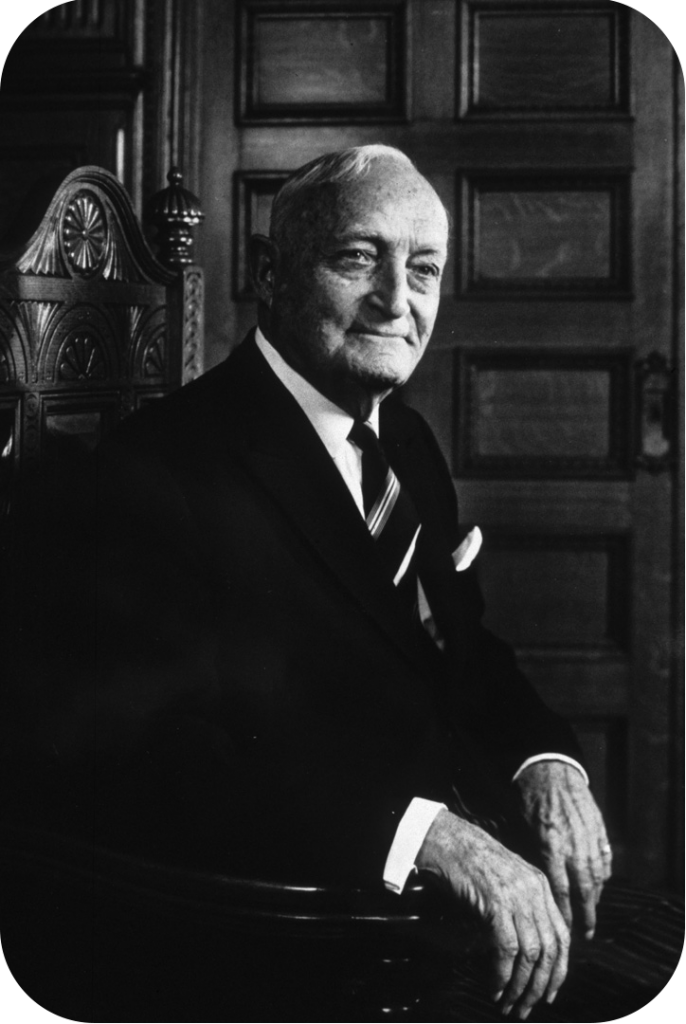 Norman McLeod Paterson was born August 3, 1883 in Portage La Prairie, Manitoba. He was educated in Portage Public Schools and the Wellesley School in Toronto, Ontario.

Norman Paterson began his career with the Manitoba Railway and Canal Company in 1897, and later joined the Great Northern Railway of Canada as a telegrapher. He resigned as purchasing agent in 1903. Paterson entered the grain business with his father, H.S. Paterson, in 1903 and went on to form N.M Paterson and Company at Fort William, Ontario in 1908. Serveral years later, Paterson formed Paterson Steamships Limited. The grain and steamship companies were eventually succeeded by N.M. Paterson and Sons Limited. This company now owns and operated grain elevators in Manitoba, Saskatchewan and Alberta and lake freighters on the Great Lakes.

In 1940, Norman Paterson was appointed to the Canadian Senate by Prime Minister MacKenzie King. Senator Paterson was appointed Knight of the Order of St. John by King George VI in 1945. He served as the first chancellor of Lakehead University, 1965 to 1971, and retired from the senate in 1981 after forty years of service.

Throughout his life, Senator Paterson took a keen interest in philanthropy. He was a member of the Presbyterian Church of Canada and served as President of the Victorian Order of Nurses in Canada. In 1970, Senator Paterson incorporated a private, charitable Foundation bearing his name.

Today the philanthropic tradition set by the Honourable Norman McLeod Paterson is perpetuated by his Foundation under the guidance of the Board of Directors.